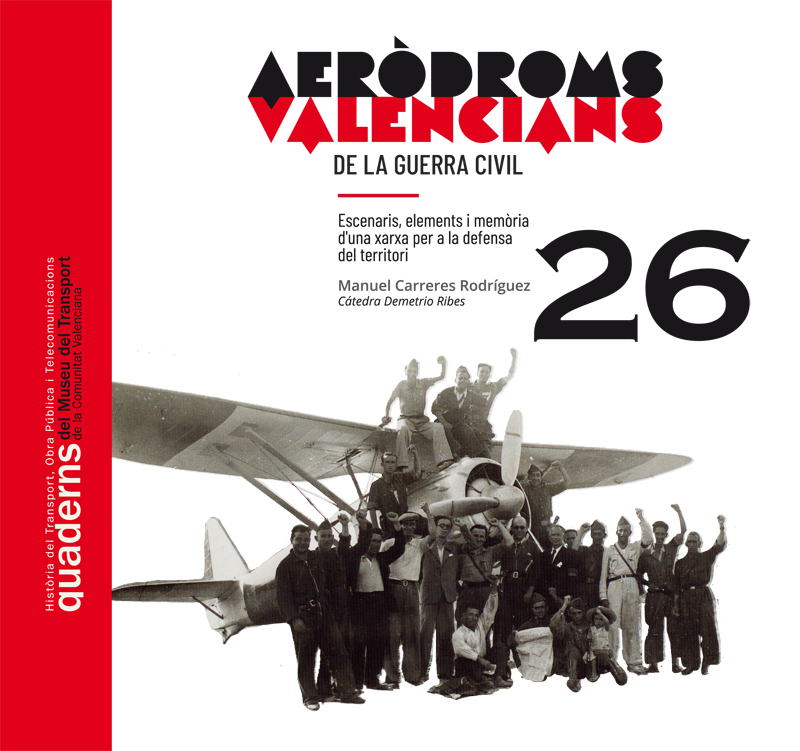 During the Spanish Civil War, aviation emerged as one of the most important factors that would tip the balance towards one side or the other. In this context, and due to the lack of existing infrastructures, a series of aerodromes were built all over Spain. Valencia was no exception; throughout the conflict, endless aviation fields were built to supply goods to battlefronts and defend against enemy attacks.

This publication, included in volume 26 of the Valencian Transport Museum’s Booklet Collection, shows all these infrastructures and their constituent elements in their context. The first part contains an introduction to the historical context and an explanation of how Republican air space was organised, as well as an examination of different areas of aviation at the time, such as production, the main aircraft used and the cartography of war.

The second part is dedicated to Valencian aerodromes. First comes an analysis of the organisation of Valencian aviation, as well as a classification of the region’s air fields. Second, we find a closer look at the composition of the air fields and the typology of their elements, which include both converted country houses and new buildings containing command and guard posts, shelters and gunpowder magazines, trenches and pillboxes. The last section—the result of extensive field work—details the elements preserved today and the renovation projects carried out up until the present day. 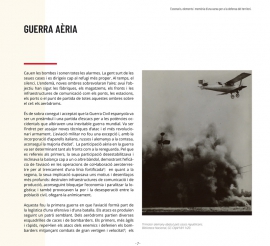 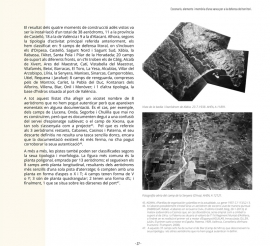 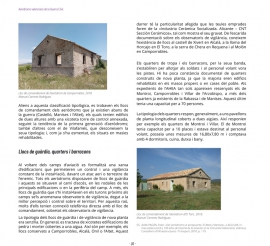 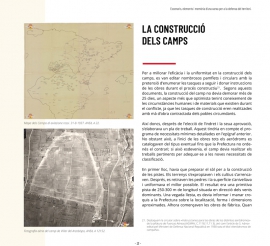